Back in Novemer, Dynafit announced the release of an all-new ski touring boot designed by brand ambassador and all-around badass Eric Hjorleifson. The first thought that came to mind was “did Hoji finally make that elusive boot so we can all ski like a ninja and send huge cliff drops in BC?” Well, not exactly. It is not another freeride boot, but rather something better: the most comfortable, warm, and efficient touring boot Dynafit has ever made. And three months later, we're just as stoked on it as we were when it was announced.

Hjorleifson teamed up with Fritz Barthel, the man who invented the tech binding over 30 years ago, to create a boot suited for the everyday skier who craves huge days in the backcountry. The stiff three-buckle boot can charge downhill but was specifically designed to have one of the most efficient walk-modes for those long uphill days.

Over the last four years of development, the team learned many valuable lessons from their older Vulcan platform, which set a standard for downhill performance, but was never able to live up to their expectations for uphill and walking functionality. Barthel realized that a ski boot, especially one with as many moving parts as a ski-touring boot, is essentially a “little machine” (now imagine Barthel saying that in a German accent to a boardroom full of Dynafit execs). Thus, it should be approached from a technical engineering standpoint. 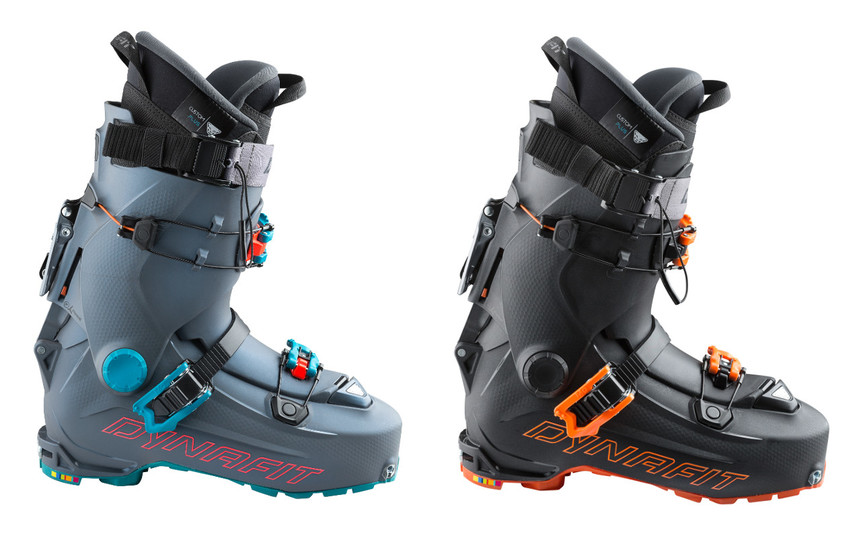 Hoji’s new boot features a completely redesigned walk mode mechanism, the Hoji Lock, which provides not only a 55-degree range of motion but a completely slop free interface between the cuff and lower of the boot. The video explains the mechanism’s internal moving parts. Notice how the cuff engages with the lower shell on both sides? This translates to a stiffer boot and immediate power transfer to the ski when charging downhill. The transition between walk and ski mode is accomplished by flipping one switch on the back of the boot. No more undoing countless straps and buckles every time you transition.

The new internal mechanism is mated with Dynafit’s Speed Nose, which eliminates the boot’s toe bail (and thus any hope of compatibility with alpine bindings) and moves the tech pin insert closer to the skier’s toe. This drastically increases touring efficiency, allowing for a more natural stride when skinning. The boot also eliminates the removable tongues found on others in the Dynafit line, replacing it with a flexible v-shaped tongue and eliminating that awkward moment when you drop a tongue at the top of a scary line and have to limp down with a soft boot.

The final variable in any ski boot is the liner, and Dynafit addresses this perennial issue with an Intuition-style liner with a tongue and rearward flex for touring. The tried-and-true heat moldable foam found in these liners has proven to be the warmest and most comfortable throughout the industry and will satisfy even the pickiest of skiers.

Dynafit will offer the boot in two configurations. The cheaper Hoji PX offers a Pebax shell and weighs in at 1530 grams. The Hoji Pro Tour offers a stiffer Grilamid shell and comes in at 1450 grams. Both are available in a full range of men’s and women’s sizes.