Sometimes, before you even realize it, things happen for a reason. You might not notice it in a day, in a month, maybe not even in a year... but when you do, at first a weird smile appears on your face... and then you start thinking what was happening over the time.

Season is slowly  - or rapidly - it depends on how you look at it - coming to an end. When first real snow had fallen was already Februar... luckily it went down hard so we had two months of real skiing. Now it's already middle of April and unfortunately that warm weather in the last two weeks made snow pack a lot thinner... As it started all of a sudden, it also ended like this. You can see spring everywhere - also in behavior of friends: they replaced ski equipment with mountain bikes... 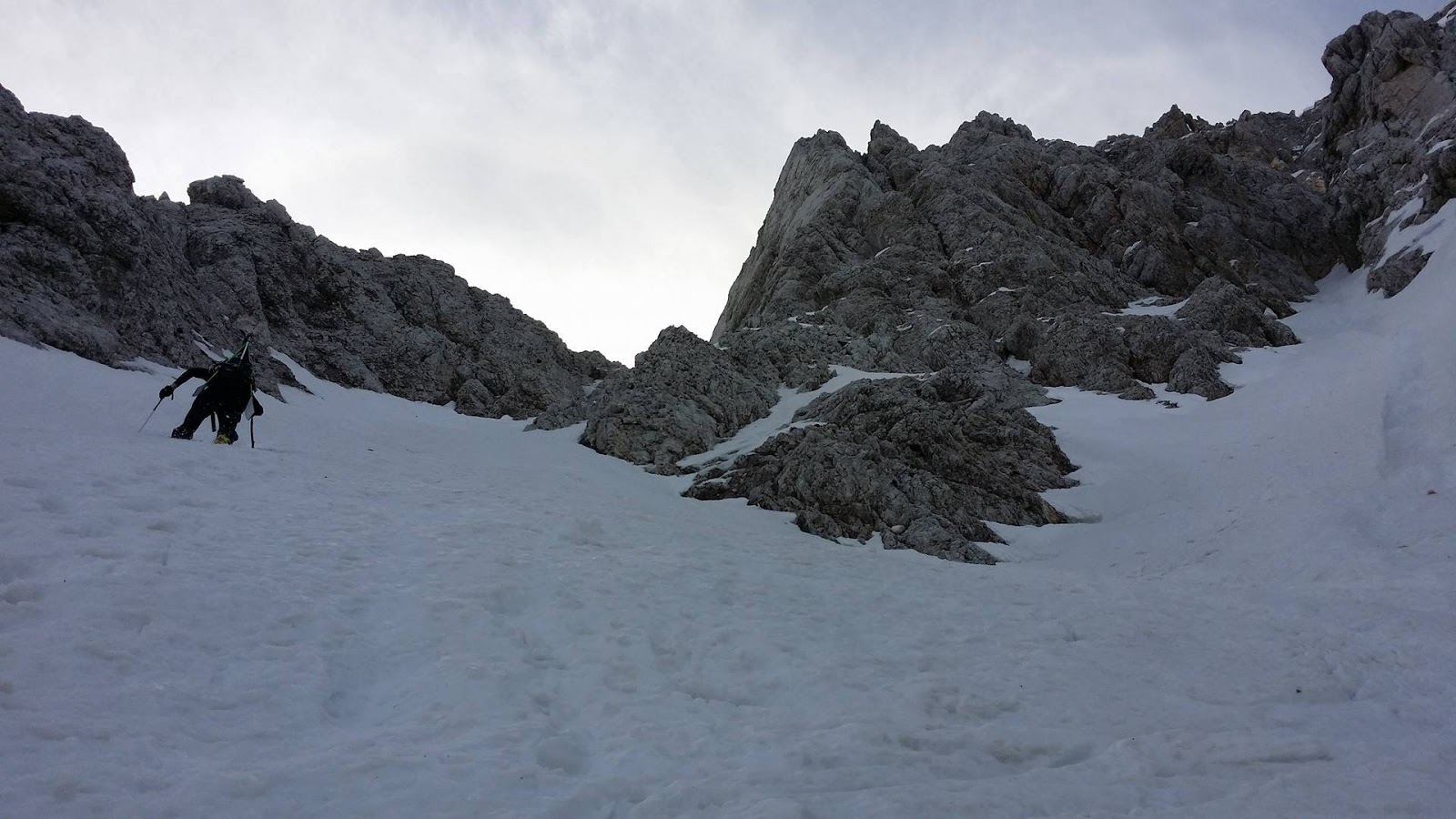 I know that I won't end my season just like that so quickly, but I have a lot of plans to do in April and May which could be more important than skiing...
I just wanted to say that some things, sometimes, happen for a reason. I remember how dissappointed I felt when I got informations about not attending Sports Faculty in October... but at the same time, in the exact moment, I realized that this could be my year... a year of opportunities. ''I will finally be able to ski... I can succeed!''. And I can say that it just couldn't get any better. So many new opportunities, so many new experiences, so many new friends, so much of everything.

In last 10 days I haven't skied much due to lack of time and good conditions, but what we skied was good. After skiing on Mala Mojstrovka, Jan and I went the following day back on skis, but not alone. Grega Brvar called me an evening before if we have any plans... of course we agreed to go together. So we went to Jezersko and our plan was a bit different than Bine and Davo had a few days before... but we ended with the same one as well and skied North Pillar of Skuta. As we were climbing up, someone was already skiing back down... who else as Nika of course! 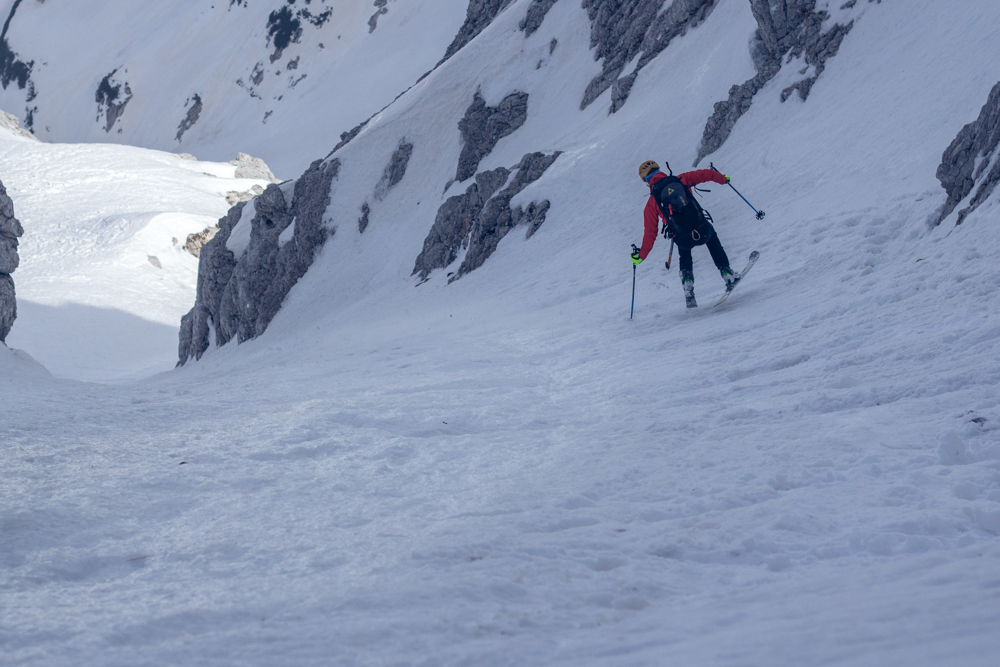 Nika Radjenovič is one crazy women... so plans were obvious. We go and ski something crazy together, somewhere high and exposed, in the early morning... while having a good time. And we did.
Waking up in the middle of the night finally! went as it should (I have to say sorry to Blaž, Luka, Jan, Grega......) and we soon came to parking place... and even sooner we had done 1000 verticals to see a sunrise - a special morning glory reserved just for us. 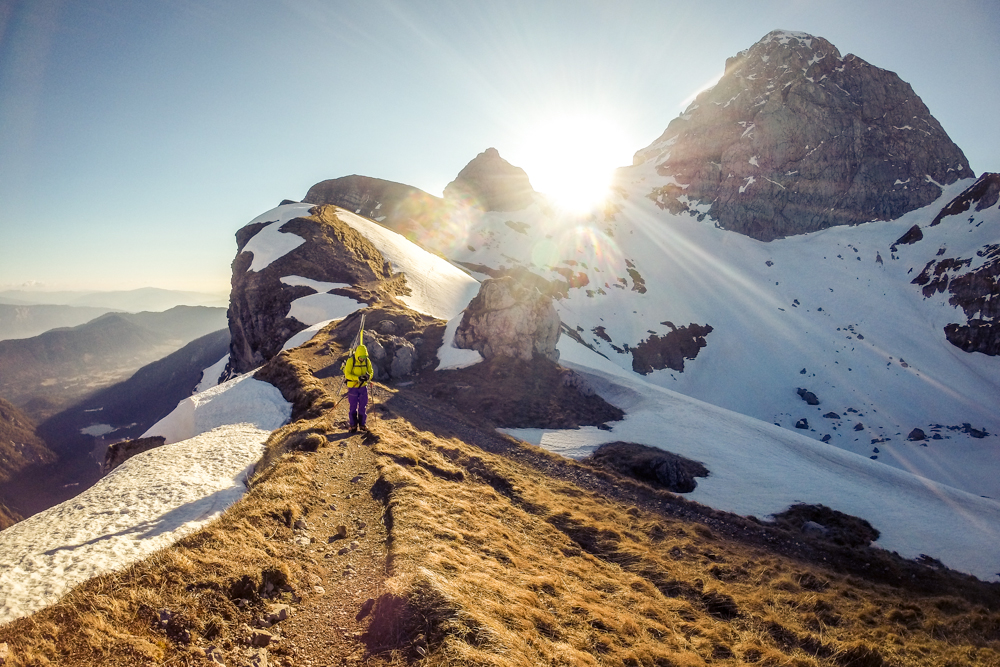 Well, then she guided me to the top of Mangart. We climbed one nasty detail which was, of course, harder with skis on our backs... And yes, she was climbing and walking in front of me all the time. And yes, she totally killed me. She definetely is a machine. :) 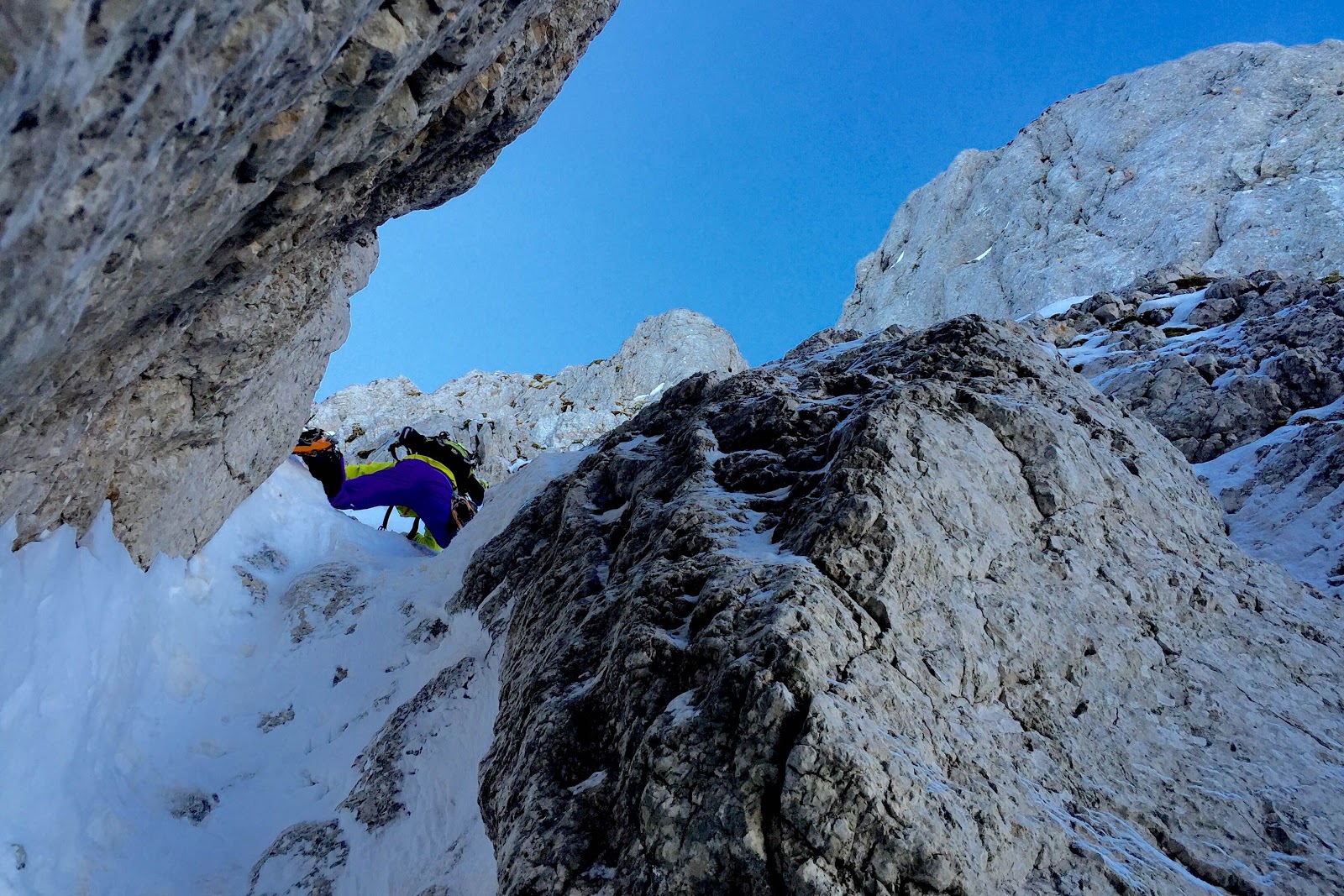 We skied a combination of two skiing lines and none of them is easy (on paper)... I think I have gained a lot of experiences from her and as it couldn't get any better, we were at home for lunch already. That day definetely goes into my Top5 list. 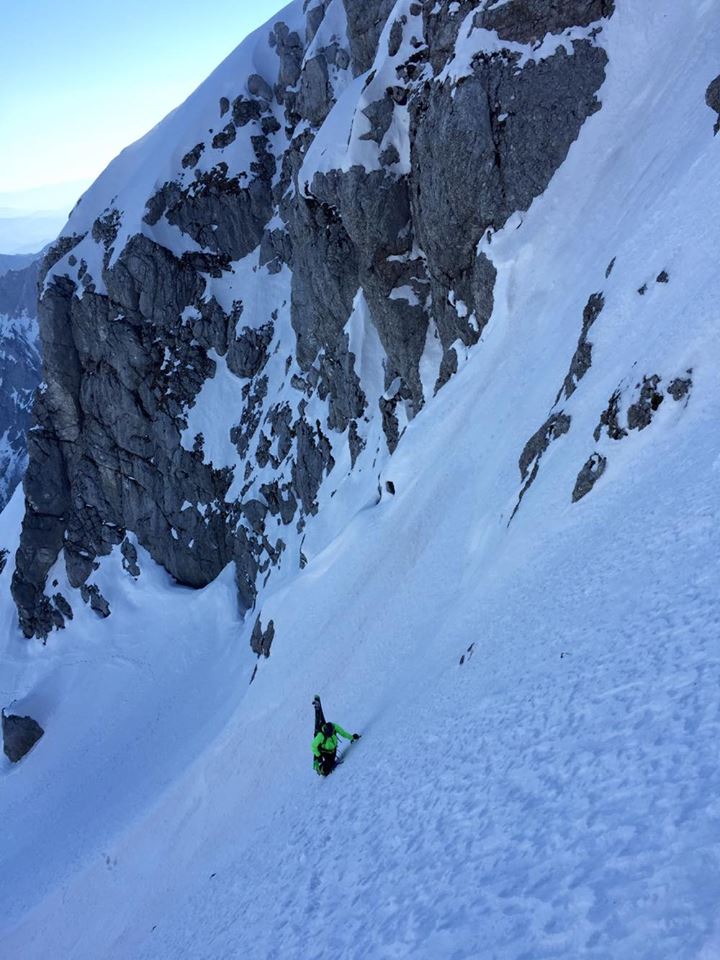 Oh and if you don't know who Nika is... she has already gone to several expeditions, also tried to climb Nanga Parbat (8125m), she is a skiing coach, mountainbiker, wild rivers kayaker, climber, and the list goes on...

As the end is getting closer and closer, my bikes will gradually replace my skis, green forests will replace snowy peaks and trails will replace steep skiing lines. I have to say it - I feel blessed for this season! It may happen that I won't have any season like this one anymore, or for a long time... but who knows. I will just go with the flow...