A big THANKS to everyone!

As many of you know it, it's my birthday today. And as many of you know (or not), I wanted to finish my project of #40lines till today. I haven't done this, but it should be finished very soon. I've done 31 lines by now.

But lets go back for 10 days to write about what were we doing...

After the most magnificent day on Mangart with Nika, with the best sunrise this year, Klemen Šafar, who is my mentor, sponsor, ''boss'' (he doesn't like to be called so), friend and one of the kindest and hard working guys on the planet, Nika and I went to Stenar. For me the most unique and magnificent mountain in Slovenia, with one of the greatest skiing walls of all with the most exposed lines. I hadn't been up there yet, so my very first thought was... of course, I'm in!

Waking up in the middle of the night, saying the last goodbye from my bed and partly sleeping the whole drive to Vrata valley were worth it. What a sunrise. Just wow. And being at the top at 7 am... yes, it's worth it. Even my problems with bindings and skis didn't destroy our joy and we enjoyed every second of it. At least I did! 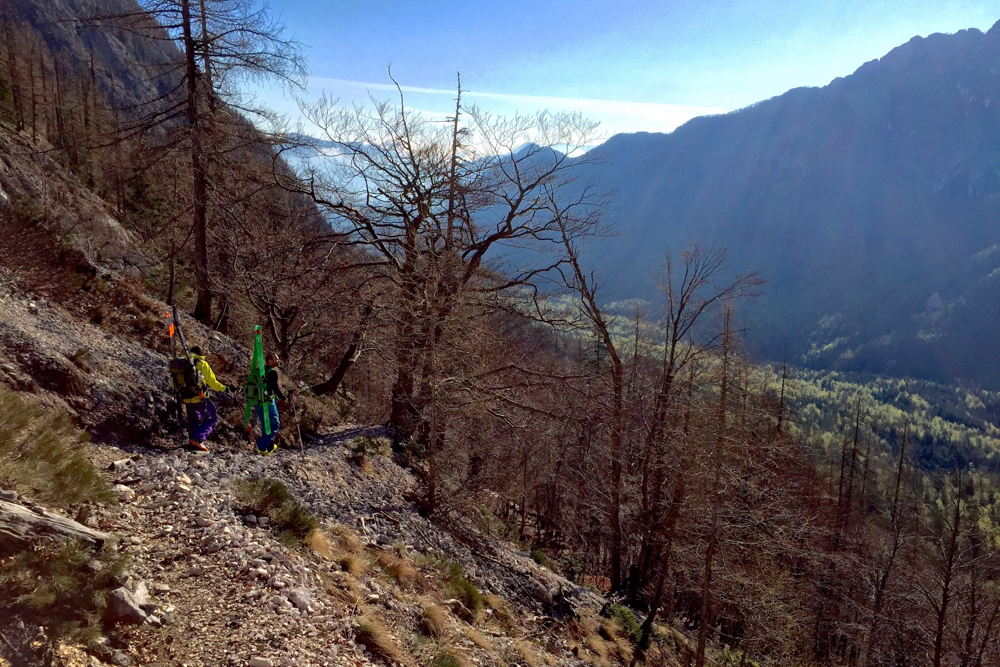 My birthday was coming and I really had a wish
to ski some more lines... So yesterday, in the late afternoon, after all my duties, I went to Vršič and fastly hiked untill the top of Velika Mojstrovka. With my new skis! Ripstick 96! They are my narrowest skis I have ever had and I have to say, I'm not used to them yet! Although it was my first ride yesterday... and you know what? My pair weights exactly 4kg with bindings on. Heeeeell yeah! I was flying on the uphill! 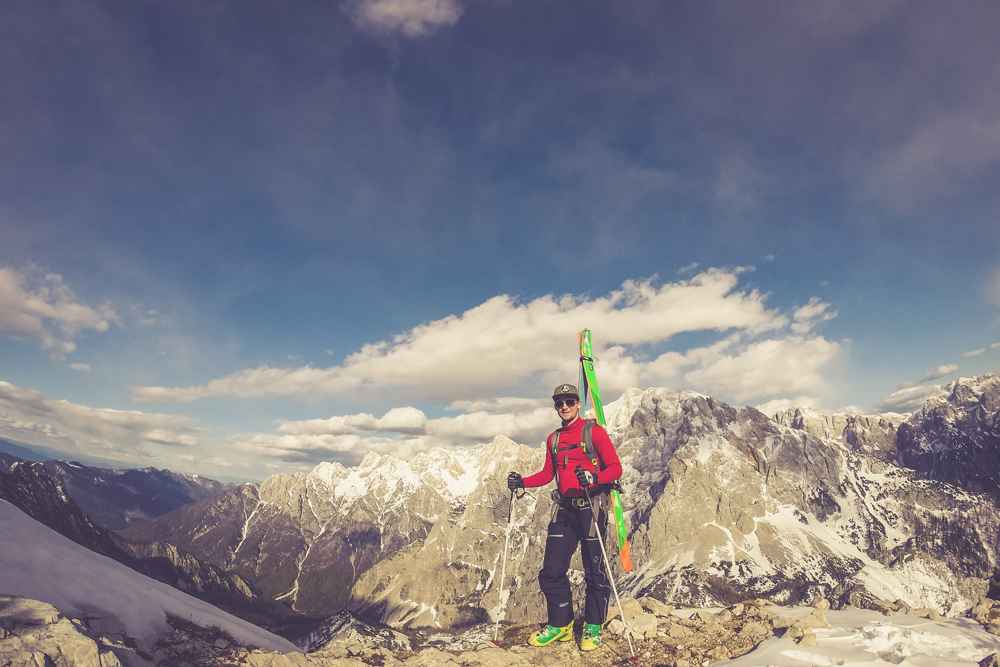 I pushed it a bit and skied two lines, which one of them, from the top of Velika Mojstrovka was skiing and the second one, which I have done it with Jan already a few weeks ago, Pripravniška ravine, wasn't really. But as I was on my skis the whole time, I'm calling it skiing! Even if it's dry one! :)

And as I wished already a month ago, I was skiing on my birthday. It was something special - firstly because Nika surprised me with a present on the top, secondly because we went to my playgroud - Begunjščica and lastly, because we skied powder. Yes! Powder on 26. of April!!! :)))) 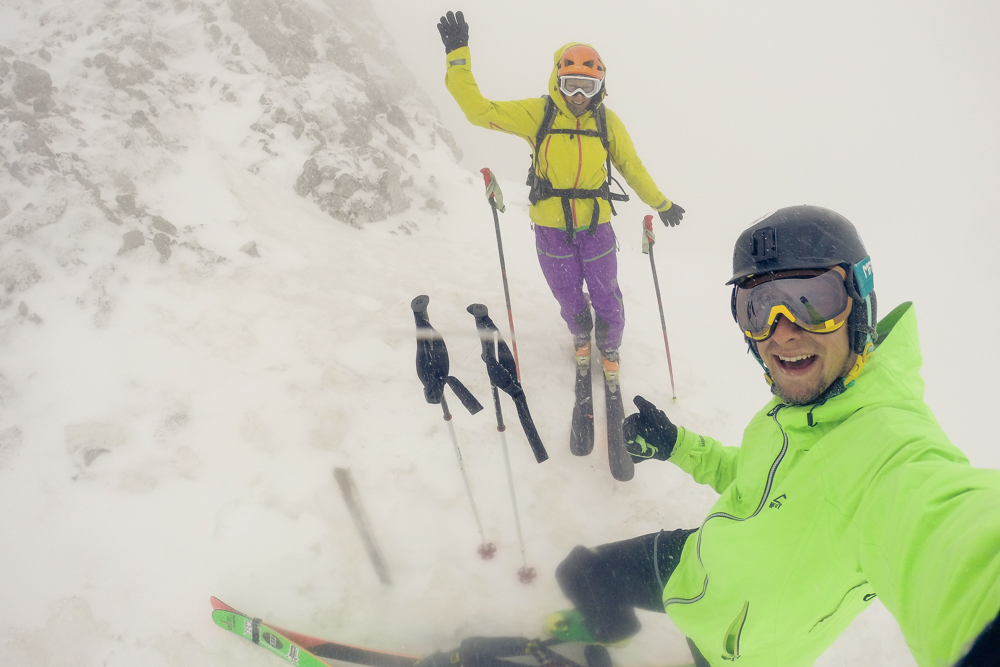 We are going to have some nice powder days in the following days, then I'm heading to coast to learn about mountainbike guiding and then we should hit some nasty lines in higher Alps!

I would like to thank to every one of you for the best wishes, to all who keep following and supporting me on my journey and to all who have strong nerves when I'm out there. But you have to know it, I enjoy every moment up there! See ya :)