Norrona aren't newcomers to the outdoor apparel world – the Norwegian company has been at it for 90 years, ever since Jørgen Jørgensen started making backpacks and tents back in 1929. Tents aren't in their lineup anymore, but there is a wide range of clothing designed for everything from mountaineering to mountain biking.

The skibotn jacket was designed specifically for mountain biking, with a host of unique features that set it apart from the crowd, things like deployable hand covers to keep your gloves from getting soaked, stretch fabric on the shoulders and elbows, and a clever ventilation system that runs down the entire front of the jacket. The jacket is made from Gore-Tex Pro fabric, with fully taped seams and a DWR coating.

With a price of $449 USD (350,55 € at ActionMama.com), this certainly isn't a budget-oriented option (the fact that the color is called "Caviar Black" should be a hint), but it does come with a 5-year warranty. 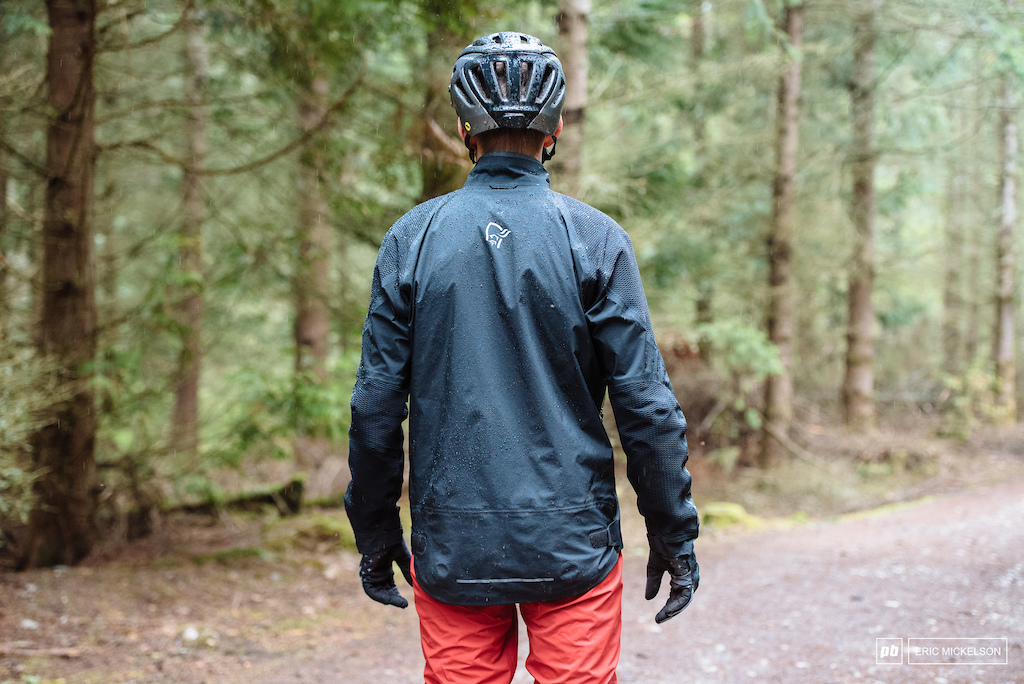 The skibotn isn't a stripped down, bare bones rain shell that you can roll into a ball and stuff into a jersey pocket. It's more of a midweight option, a jacket you'd put on when it's already pouring outside, or when an emergency shell isn't going to cut it. I tested a size large, which worked for my 5'11” height, with room for an extra layer or two underneath. The stretch fabric kept the jacket from feeling too restricting, and the two velcro straps at the lower hem are well placed for fine-tuning the fit.

No matter how breathable a fabric is claimed to be, having actual vents is crucial to avoid getting overheated and turning into a sweaty, soaked mess. Remember, 'breathable' only refers to a fabric's ability to allow water vapor to escape – once you're producing actual drops of sweat the fabric can't do much to help. Luckily, Norrona nailed it with the skibotn's ventilation – there's a vent under each arm, but it's the double zipper in the front that's the star of the show. 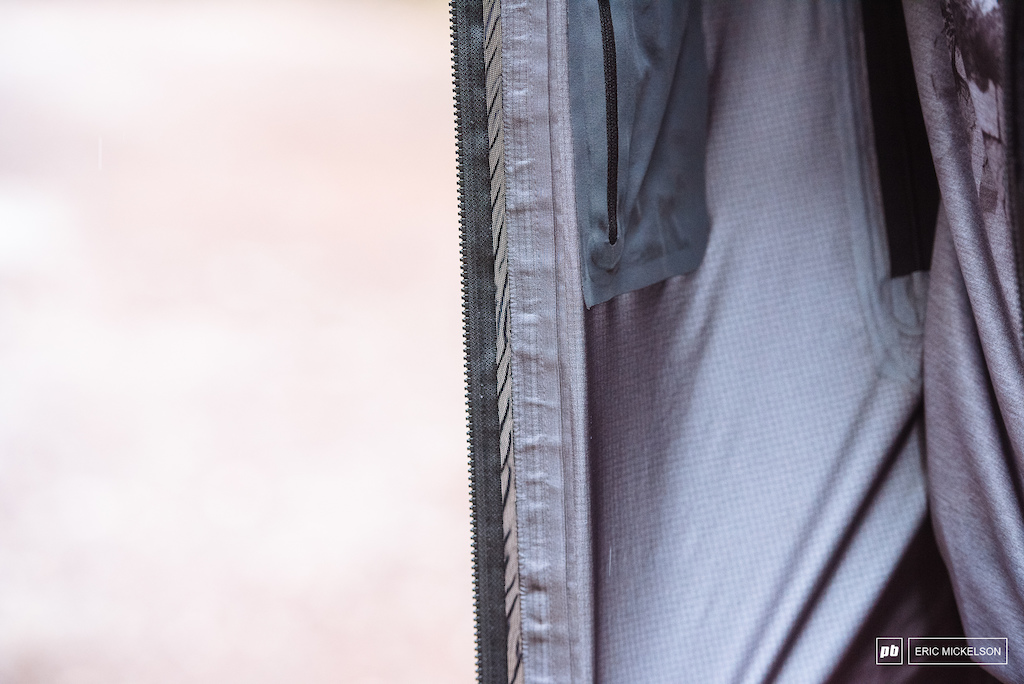 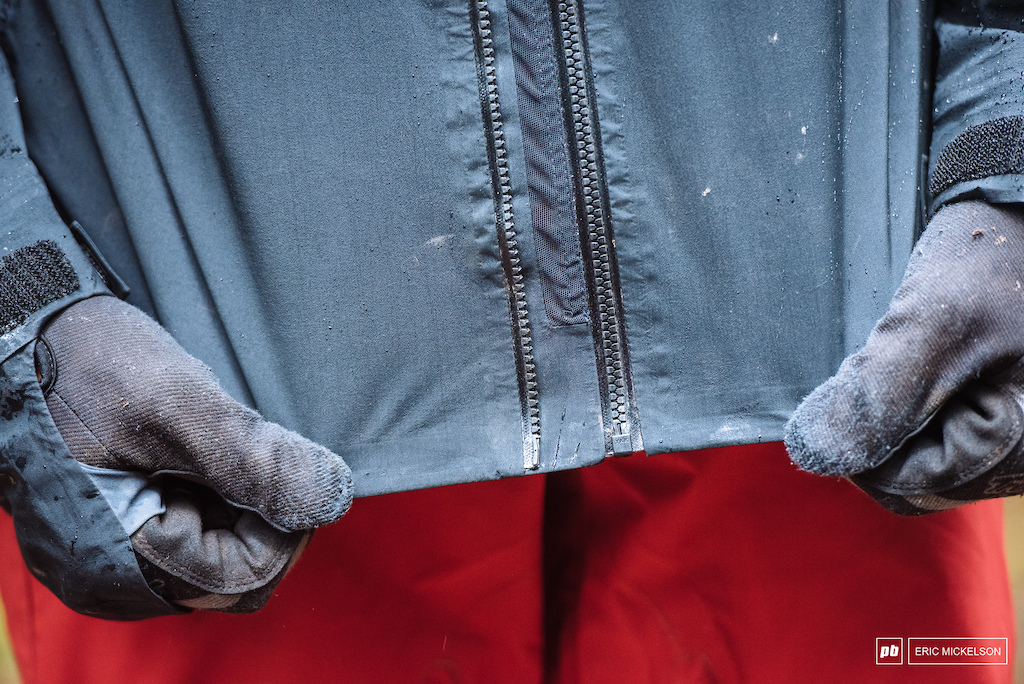 The skibotn even has a built-in screen door.

Typically, if you open up the front zipper on a jacket to dump some heat it'll end up flapping around or awkwardly bunching up underneath the straps of a pack. With the skibotn, there's a second zipper track that's used to reveal a mesh panel that runs up the center of the jacket. It's not that wide, but it allows for a generous amount of airflow, and when combined with the pit-zips there was enough ventilation that I could keep the jacket on during long climbs without feeling like I was going to melt. The waterproof zippers on the underarm take a firm pull to open, but they've become easier to operate with more use. When it's time to descend, or if things get too breezy, using the other zipper track closes the screen door to fully shut out the wind and rain.

I've been using the skibotn regularly for nearly six months, and the fabric doesn't look any worse for wear. Thankfully, I haven't had any major crashes, but I've ridden through plenty of branches and brambles without any repercussions. The DWR coating is holding strong, and the Gore-Tex Pro membrane is holding up its end of the bargain as well - I've stayed dry and comfortable in some seriously wet conditions. 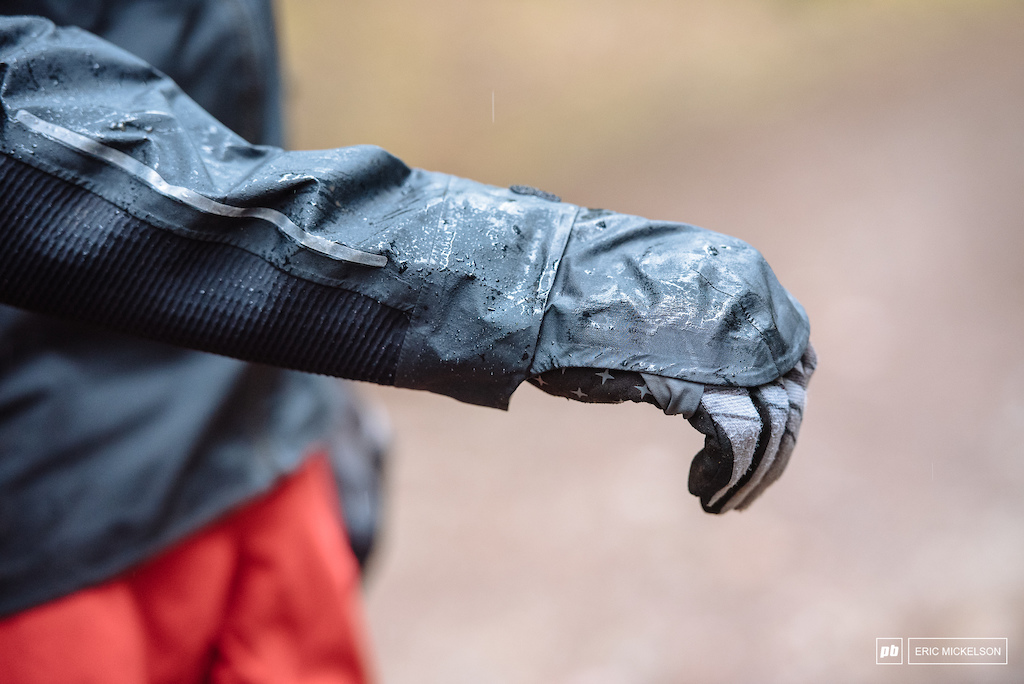 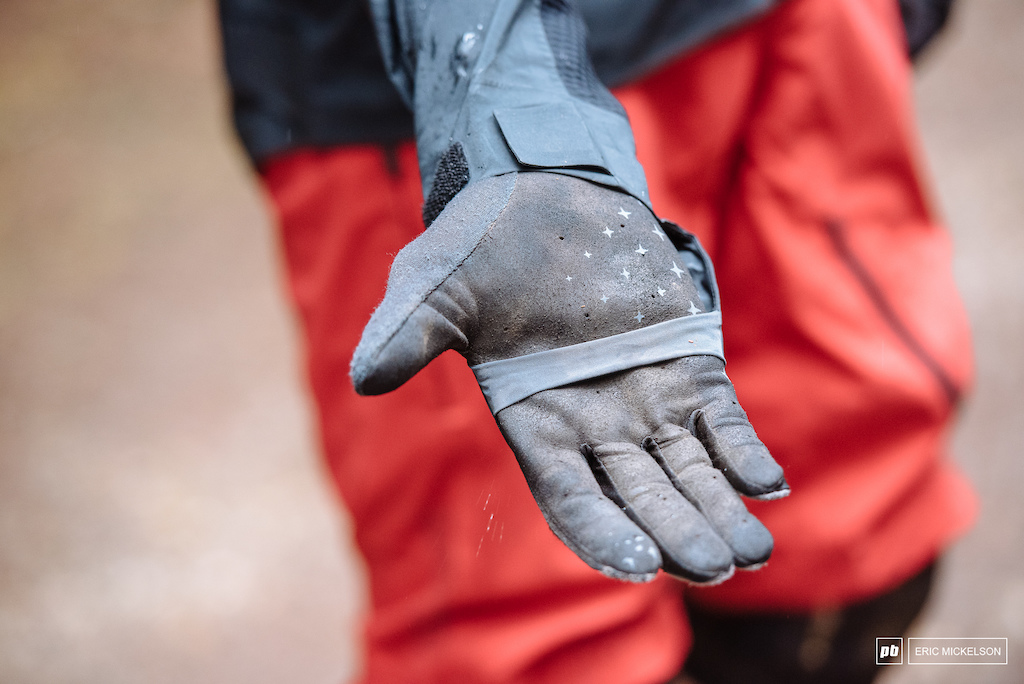 The deployable hand covers might seem silly, until you're caught in a massive downpour.

How about those hand covers? I thought they were a little goofy at first, but it only took one extra-soggy ride until they became my favorite feature. When it's really wet out all, a close encounter with a saturated pine bough is all that's required to soak through a set of gloves, but those covers make that a non-issue. They don't provide full coverage, and your gloves will still get wet in places, but not nearly as wet as they'd be without the covers.

What's missing? Not much, although I wouldn't mind seeing a detachable hood. I don't usually use one while riding, but given this jacket's price it'd be nice to be able to wear it for other activities that don't require a helmet. 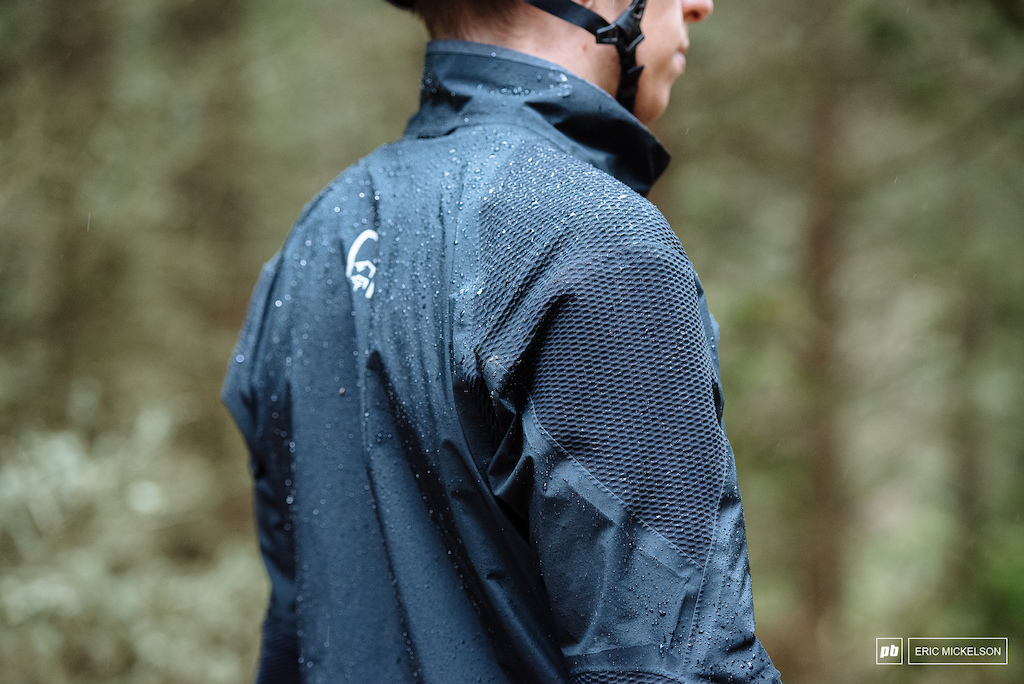 Stretchy fabric is located on the shoulders and elbows to help provide a greater range of motion.